Features & Costs in the Bay State

Massachusetts is a relatively small state in New England but it still boasts 2,414 general dentistry practices and 2,492 specialty practices according to Dentagraphics. Alongside these dental practices are top dental schools such as the Harvard School of Dental Medicine, the School of Dental Medicine at Tufts University, and the Boston University Dental School. Not only do these schools train some of the best dentists in the nation but they also provide dental clinics to help students train and provide dental care at a low-cost to people with modest incomes. If you live in Massachusetts, this article will provide:

An examination of 14 different dental plans offered by five different insurance brands established a monthly premium range (assuming a 22 year-old applicant) from $26.85 a month (Humana Bright Plus PPO) to $94.37 (Nationwide’s Classic 2000 + VSP Premium). The average premium for the plans surveyed was $56.85 a month. Eight of the 14 plans reviewed had monthly premiums below the average. The five insurers represented in this review were:

The average amount of dental costs an insurer would pay for covered dental treatment in a year was $1,211. This limit on insurer contributions is known as the “maximum benefit” and dental bills in excess of this amount are paid in full by the customer, not the insurance company. Before the maximum benefit is reached, insurer payments toward dental services such as filling for a cavity averaged 54 percent of the total cost of treatment.

Deductibles varied by dental plan, but to a much lesser extent than deductibles vary among traditional medical insurance plans. The lowest single-person deductible among the Massachusetts dental plans reviewed was $50 annually. The highest deductible for an individual was $150, though this was a one-time deductible whose satisfaction lasted as long as the customer was continuously enrolled in the dental plan (Humana Loyalty Plus PPO). On average, deductibles required an enrollee to pay $68 in dental costs before the insurance company would begin paying for expenses.

Some plans capped the maximum deductible for an entire family (e.g. $150) while other plans had a deductible for each family member (e.g. $50 per person). The family caps were as high as $450 a year. Some plans with deductibles waived the deductible obligation for preventive services such as annual teeth cleaning performed by an in-network dentist.

Nearly 7,000,000 people live in Massachusetts, with the majority of them residing in the eastern portion of the state. The population leans toward the better educated with 90.8 percent having at least a high school degree and about 44 percent with a college Bachelors degree according to the U.S. Census. A 2019 study by 24/7 Wall St. claimed that Massachusetts was the best state for a dental practice when considering dentists per capita, salary, the presence of dental schools, and quality of life.

Medicaid and Dental Care in Massachusetts

Medicaid is a government-run insurance program providing health coverage to people (children as well as adults) who have a low household income. In the state of Massachusetts, the program is named "MassHealth." MassHealth does offer dental benefits for individuals who qualify for the program. Covered dental services may include annual dental exams, preventive services, x-rays, teeth cleaning, dental sealants, fillings, crowns, and root canals.

To determine if you are eligible for MassHealth, visit the State of Massachusetts's webpage detailing the eligibility requirements for MassHealth, the Health Safety Net, and Children's Medical Security Plan.

Dental insurance rates can vary across a state. To see how dental plan costs compare in your region, use our tool to get dental insurance quotes for the available plans. You can also see what plans are popular in the state by reviewing the below list of the bestselling Massachusetts plans on DentalInsurance.com.

Our best-selling plans in Massachusetts

Designed to help you save money

No waiting periods. $2000 Plan Maximum. Choose your own dentist or visit an Ameritas Dental Network provider for additional savings.

The Massachusetts Coalition for Oral Health (MCOH) is an association of dentists, hygienists, dental assistants, researchers, policymakers, and educators promoting oral health advances accomplished through a combination of:

The MDS belongs to the American Dental Association and represents approximately 5,000 members working in the state of Massachusetts. The MDS was organized over a century ago in 1864 and incorporated the following year. MDS's objectives include:

This web page links to resources pertaining to dental insurance as well as low-cost dental care options from dental schools and community centers.

This resource lists no-cost and low-cost dental care providers located within the state of Massachusetts. The options include clinics and community health centers. 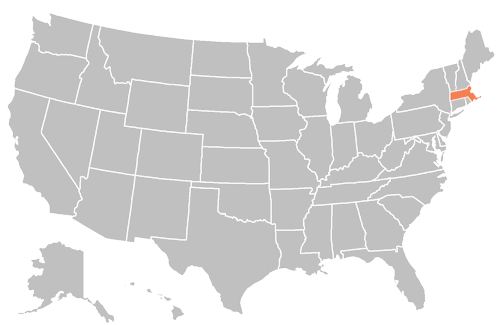