With approximately 29 million residents and 15,000 dentists, Texas supports a robust dental insurance marketplace with a ratio of about 1,900 residents for every one dentist located in the state. However, in order to choose the right plan for your circumstances, this article will educate you on:

A review of 30 dental plans in the state of Texas found considerable range of prices. The average premium was $32.50, but the lowest monthly premium was $7.03 for MetLife's TakeAlong Dental HMO-Managed Care 350 (Low). In contrast, the most expensive plan examined was Nationwide's Classic 2000 Indemnity Dental Plan with a monthly premium of $68.72. These plans not only illustrate differences in monthly costs but also differences in dental networks. A DHMO is a dental health maintenance organization where care is covered when provided by in-network dentists. An indemnity plan, in contrast, does not limit the enrollee to specific dentists. However, an indemnity plan has a reimbursement for dental services that may be quite a bit different than what some dentists charge. Within a DHMO, the enrollee has set copays or coinsurance fees that have been agreed upon by the dentists within the plan’s network. There is also a dental preferred provider organization (DPPO), the most common model of dental network, where in-network dentists have lower copays and cost-sharing than dentists who are out-of-network. A DHMO will normally not cover out-of-network dental care.

Out-of-pocket costs come in many forms: deductibles, flat fee copayments, and coinsurance fees where the patient pays for a percentage of the dental service. In Texas, deductibles varied, but within a relatively narrow range. The lowest deductible observed among the plans studied was $0. The highest (for an individual) was $150. Deductibles for family coverage, in comparison, reached $450 for plans that set a deductible for a family unit regardless of the number of children. Some other plans, though, set the deductible on the number of family members. For example, several plans charged a $50 deductible per family member.

Costs also varied for common dental services. The price for a root canal, for instance, ranged from $110 to $320 for those plans that charged a flat-fee copayment for the care. In 10 percent of the plans, root canals were not a covered service.

Similar trends were seen for fillings. Copayments ranged from $25 to $60. For plans that charged the enrollee a coinsurance fee (a percentage of the total cost of the service), enrollees were responsible for amounts from 20 percent to 80 percent of the service cost.

One of the dental coverage options examined as part of the study was a dental discount card. A dental discount card is not traditional insurance. Instead, a consumer pays a monthly fee for membership within a discount program. The program provides access to dentists who will provide discounts on selected dental procedures. Among the dental coverage options examined for Texas, the one discount program had the second lowest monthly premium. When comparing costs for services to other plans, we found a crown cost $557. Other plans with copayments for a crown charged between $245 and $430. Coinsurance fees for enrollees ranged from a low of 40 percent of the procedure cost to a high of 100 percent for plans that did not cover crowns.

There are many companies offering dental benefits for Texas residents. The 30 plans reviewed as part of this study came from the following seven businesses:

Texas’s in-state monitoring of oral health found among adults that “59.2 percent of Texas adults have seen a dentist for an annual visit in the past year, and 3.7 percent are edentulous. Further, 11.4 percent have at least six or more teeth missing. In general, there have been no significant changes in these outcomes across time.”

With respect to Texas children, the state’s department of Health and Human Services reports that among third graders Texas children:

Chartered in 1871, the TDA is the third largest state dental association in the United States. Currently, it has more than 9,000 members and is comprised of 26 dental societies grouped into 4 divisions across the state.

The Texas Dental Association sponsors the TDA Smiles Foundation, a program that expands access to dental health services to underserved communities in the state. The TDA Smiles Foundation accomplishes its work through several organizations including the Texas Mission of Mercy providing charitable dental care through dental clinic events across Texas, the Fluoride Fest and the Cavity Free Corral delivering oral health information to families, and SMART Smiles, which provides preventive dental services to elementary school aged children and low-income children. 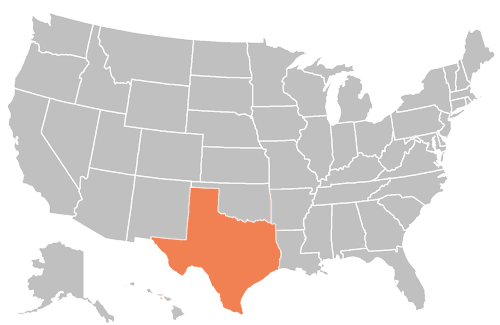