2022 Dental Plans for the Empire State 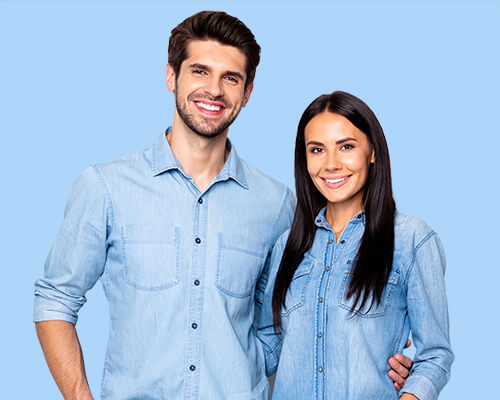 Living in New York and want to improve your dental insurance shopping skills? We've analyzed nearly three dozen 2022 dental coverage options in New York and have the data to help you find plans with the best value. In this article, we will:

Before reviewing our findings on New York dental plans, it's important to clarify a few terms that we will use:

Premiums (i.e. the monthly fee for dental coverage) in our study were was low as $5.10 (the MetLife TakeAlong Dental HMO-Managed Care 350 (Low)"). The average premium across plans was $39.31 for single-person coverage. Three of these plans were HMOs, one a dental discount program, and the remainder were PPO dental plans. The HMOs and discount program were among the most affordable plans but also had the most restrictive network conditions.

Since dental benefits are not standardized, it is extremely important to consider premium cost in light of what dental services are covered. For example, none of the three HMO plans reviewed covered dental implant treatments. These same plans offered orthodontic care, which is a dental benefit absent in many of the PPO dental plans. We also observed that none of the PPO plans whose premiums were below $23 a month covered major dental care such as root canals or crowns. Given these variations in coverage, it is essential for New Yorkers to review the Summary of Benefits (or Plan Details) for the plans they are considering for purchase.

89 percent of the New York dental plans examined paid for regular teeth cleanings without any out-of-pocket costs for the enrollee. Filling expenses were covered at an average of 63 percent of total cost by PPO plans. The lowest coverage in the first year of enrollment was 20 percent of filling cost and the best coverage was 80 percent. HMOs charged flat-fee copayments instead of coverage a percentage of costs. The copayments ranged from $25 to $36. The charge under the dental discount program started at $80.

The ceiling on a plan's reimbursements for enrollee dental care is known as the plan's "maximum annual benefit." The HMO plans included in this study did not have a maximum annual benefit limitation, nor did the discount program have a limit on annual consumer savings. PPO plans, on the other hand, did have such caps and they made up the majority of plan options available within this study. The lowest of the benefit caps was $500 per year. However, some plans had a maximum benefit that increased over time. For example, the Renaissance MAX Choice Plus had a maximum benefit of $1,000 in the first year of enrollment, $2,000 in the second, and $3,000 in the third and subsequent years of continuous enrollment. The average maximum benefit for plans having this spending cap was $1,571 (in the first year of coverage). The two plans with the highest maximum benefits were both from NCD Nationwide. The NCD Nationwide 3000 plan had a $3,000 maximum benefit and the NCD Nationwide 5000 plan had a $5,000 maximum benefit.

Deductibles did not vary among plans to the same degree as maximum benefits. Deductibles are the amount spent out-of-pocket by a dental plan enrollee before the plan begins sharing the cost of dental services. Some plans had no deductibles. This was the case for the three DHMOs included in the study and the dental discount program. For the plans with deductibles, the highest deductible for an individual was $100 annually. Family deductibles were higher and were often based on the number of family members covered by a policy (e.g. $50 per family member annually).The average deductible for a single enrollee among plans with deductibles was $50.

Major dental services include care such as crowns and root canals. This can be very expensive care. For dental coverage of crowns where a flat fee was charged in 2022, the Dental Discount program had the highest cost ($701 for members of Careington's 500 Series Dental Savings Discount Card). HMO plans' crown copayment charges ranged from $245 to $430. 14 percent of the NY coverage options reviewed did not include crowns among their dental benefits. Most dental plans contributed to a percentage of the crown cost with the average being 49 percent of the total cost, the remaining 51 percent of the cost paid by the plan enrollee.

Root canal procedures had similar cost-sharing trends as found among crowns. Some plans didn't cover the care, others had flat fees between $110 and $399, and the rest had coinsurance payments. With respect to the coinsurance, the plans paid an average of 49 percent of the cost of the root canal.

Armed with your knowledge from this article, it's time to compare rate quotes for New York dental insurance. The following link will get dental insurance quotes in a matter of seconds. If you are interested in what your fellow New Yorkers are purchasing, below is a list of the bestselling New York dental plans on DentalInsurance.com.

Our best-selling plans in New York

The NYSDA represents 13,000 member dentists throughout New York State. This powerful partnership is enhanced by 13 local dental societies within the state of New York. 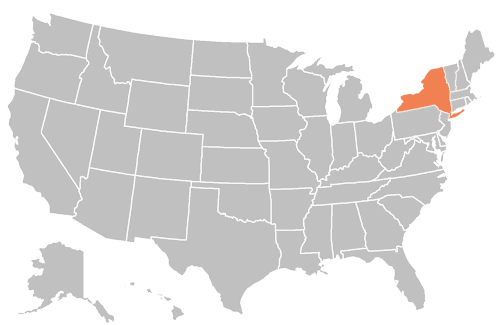