Being a state with a smaller population, Arkansas’ market of dentists and dental plans is more modest as compared to its neighbor Texas. With respect to oral health trends in the state, a 2015 paper from the Health Policy Institute of the American Dental Association found that among people living in Arkansas:

Proper dental coverage can alleviate the financial challenges many consumers face regarding dental care. A review of 20 dental plans in Arkansas (from seven different dental benefits companies) found coverage options for a single person as low as $15.26 a month for insurance with a preferred provider organization and $8.95 a month for a Dental Discount Program. A dental preferred provider organization (DPPO) has a collection of covered benefits that, when used inside its network of dentists, offers lower out-of-pocket costs. These plans also allow an enrollee to receive care from a dentist outside their network but the out-of-pocket costs are higher. A dental discount program is different from insurance. In exchange for a monthly membership fee, a consumer can receive dental care at discounted prices within the network of dentists belonging to the savings program. Care received outside of this network does not receive any discount.

The average premium for dental coverage was $32.29 in 2021. This average is lower than the average premiums found in similar state reviews performed for plans in California, New York, and Florida. Among DPPO plans, premiums ranged from $15.26 to $46.23. For indemnity dental plans, prices ranged from $64.23 to $68.72 among the plans belonging to the review.

Most of the plans reviewed for Arkansas paid 100 percent of the cost of dental cleaning at an in-network dentist. In some cases there was a fee charged to the enrollee of 20 percent of the cleaning cost. One option charged 50 percent. The dental discount program charged a flat fee of $41.

For almost every plan, the out-of-pocket costs for a filling was based on a percentage of the total cost of care. The majority of plans paid 50 percent or more toward the cost of a filling with the remainder paid by the enrollee.

Our best-selling plans in Arkansas

The ASDA is Arkansas' leading professional association for dental professionals, providing members with dental advocacy related to law and regulation and also oral health resources for residents living in the state.

This site includes sources of dental care (e.g. examinations, cleanings, sealants, comprehensive treatment) for underserved populations. A free dental clinic, The Arkansas Mission of Mercy, has unfortunately announced that it will not provide services in 2021, making it the second year in a row that COVID-19 has interrupted its service to the low-income and underserved. The organization did announce that it is hopeful to return the charity to the public in 2022.

Notably, Delta Dental announced a "Pandemic Relief Credit" in 2020 for its business clients and its dental provider network. This program provided a credit equal to the monthly premium billed to Delta Dental's commercial business clients with either dental insurance or vision insurance. The financial value of this credit program was nearly $15 million across more than 4,000 Arkansas business clients. 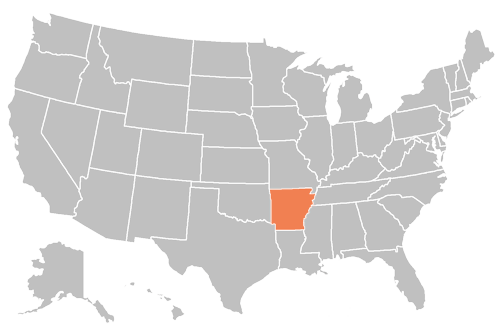