Arizona has several thousand dentists and other dental professionals serving a population in excess of 7 million. According to 2018 dental data from the Centers for Disease Control (CDC), more than 60 percent of the adults in the state visited a dentist at least once during the prior 12 months. However, the same data indicates 11.5 percent of Arizona seniors have lost all of their natural teeth due to decay or gum disease. The percentage more than doubles (30.8) for seniors when you expand the group to seniors who have lost six or more teeth to gum disease or decay.

Given Arizona’s problem of tooth loss and its effect on eating habits and nutrition (not to mention appearance), the issue of proper oral care becomes all the more urgent. Arizona does have a variety of programs providing dental care for low-income populations but for those who do not qualify for them, the state has a robust dental insurance market with a variety of dental networks available. The information below covers a recent analysis of 26 dental plans in Arizona or you can get dental rate quotes matching your profile.

DentalInsurance.com reviewed over two dozen Arizona dental plans for a hypothetical applicant age 30 years old and living in Phoenix. The average monthly premium for the aforementioned profile was $42.23 across the plans. 92 percent of the options examined were dental PPO plans. The remainder represented indemnity dental insurance and a discount card.

The lowest cost option was a dental discount program offered by Careington. This plan was not insurance but rather a program where an enrollee could get reduced prices on dental care from dentists within the network There was no limit on the amount of discounts annually nor was there a deductible for this option. Among the traditional insurance plans reviewed, the lowest priced plan had a monthly premium of $15.26 a month, while the highest priced plan had a monthly premium of $92.24. Benefits varied widely among plans and some options even included vision care benefits alongside dental benefits.

Resources on Dental and Oral Health for Residents of Arizona

The Arizona Dental Association represents approximately 2,500 dentists representing 70% of all licensed dentists in the state. The AzDA provides continuing education resources for dental professionals as well as dental volunteer opportunities to promote oral heath across the state of Arizona. The organization promotes an ethical code of conduct among member dentists and also advocates for legislative issues pertaining to dentistry, dental regulations, and third-party payer issues.

The AzDA website provides consumers with an online tool to look-up licensed dentists in Arizona. It also included a classified section that listed job openings in the dental field.

The two links directly above provide information on 1) dental clinics that expressly serve low-income populations and 2) charitable programs (e.g. Give Kids a Smile) that provide or promote dental care.

This webpage is maintained by the State of Arizona and includes: 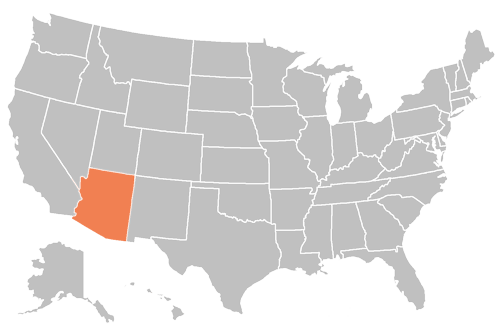 Our best-selling plans in Arizona

No Waiting Periods for Preventive and Basic services