We’ve analyzed over two dozen 2021 dental coverage alternatives offered across the state of Alabama and have the data to help you make a better dental plan selection. Alongside knowing the range of costs for coverage, you’ll also learn that a smart dental insurance shopper looks at more than premiums. Co-pays, deductibles, and limits on benefits all affect the true cost of a dental plan. This is especially true for shoppers who need their plan for more than just teeth cleanings every six months.

Before reviewing our findings on the Alabama dental plans we examined, it’s important to clarify a few terms that we will use:

The monthly fee for dental coverage in our study ranged from $8.95 to $68.72. The $8.95 option was not dental insurance but a dental discount card (Careington 500 Series Dental Savings Discount Card). This card provided members with access to dentists who provided dental care at a rate marked down from the prices they charged to consumers without insurance. The $68.72 option, at the high end of the range, was Nationwide’s Classic 2000 Indemnity. This plan did not restrict enrollees to a set network of dental providers and, instead, gives them the freedom to choose the dentist they prefer. The plan reimburses covered dental services based on a percentage of “usual customary and reasonable charges,” otherwise known as UCR. However, a dentist is not restricted to UCR for services and may charge more.

The average monthly premium for dental coverage in Alabama was $32.80 among the 2021 plans reviewed in the study. This average applied to single enrollee coverage. More enrollees, as is the case for family coverage, increased the premium. Most of the plans examined (79 percent) used DPPO networks to deliver care to enrollees. Only one of the plans under review was a dental discount program.

After the cost of covered dental care reaches the maximum benefit, the dental plan will not contribute toward the cost of additional dental care until the beginning of the next plan year. In most cases, the dental coverage options had a deductible amount that needed to be satisfied prior to the insurance plan beginning cost-sharing on dental care. Some deductibles were as inexpensive as $50 per individual while the most costly was $150. Deductibles begin each annual coverage period and are typically higher for families than for single-enrollee coverage.

A 2015 study by the American Dental Association’s Health Policy Institute found among Alabamans that:

Our best-selling plans in Alabama

Founded in 1869, the ALDA is made up of over 1,800 Alabama dentists. It includes nine District Dental Societies and represents Alabama dentists and their efforts to provide quality dental care to all Alabamians.

The Dental Patient Resources provides consumers with a wealth of assistance from tools to resolve disputes with a dentist, answers to frequently asked questions on oral care and dentistry, to discussions of dental clinics and careers in dentistry.

Donated Dental Services (DDS) consists of over two hundred volunteer dentists in the state who have provided over $6 million in donated oral care to over 2,000 Alabamans since 1998. DDS is part of the Dental Lifeline Network, a nonprofit that provides access to dental care and education for people unable to afford dental care and who have either a permanent disability or are age 65 or older, or are considered medically fragile. 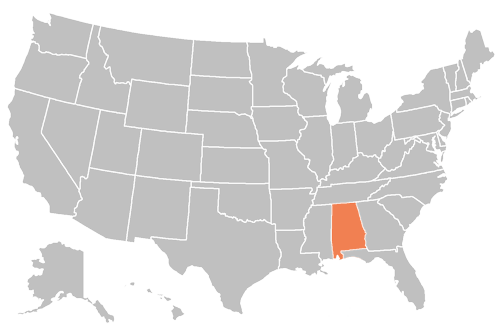